The Story of Promise

Posted by Dove Pressnall 23sc on October 13, 2014
Survivors' Truths Liberia has been working to document and share survivor stories to combat denial and fear and encourage other Liberians to follow quarantine and treatment guidelines. 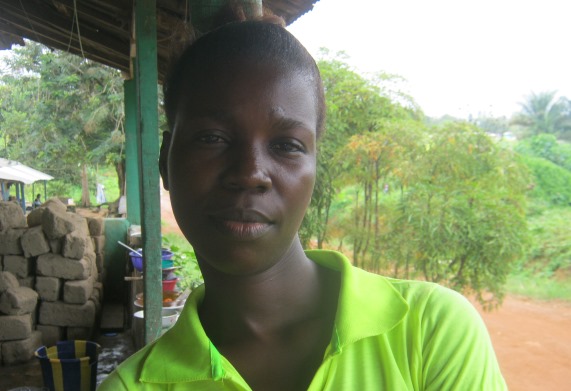 Recently, with the assistance of Survivors' Truths Liberia Country Representative Cooper Vuku, a reporter spoke with one of these survivors. In the end, they did not use her story for their piece so we are sharing it here, as an example of the experience of Ebola-affected Liberians in areas where medical help has not been available.

Can you tell us who you are? Where you are from?
My name is Promise I am from Gbarnga Bong County, My husband was a pastor assigned in Tubmanburg, Bomi County. We spent plenty years in Tubmanburg. I went to Gbarnaga to visit my family when I came back then I stated feeling sick. At that moment we started hearing about Ebola. We heard that many of our friends in the neighborhood were dead. So we became so upset.

After that the symptoms were getting worse and worse, we went to the hospital but it was closed and there was no treatment. We came home and stayed there until my husband, son, and mother died. I was with the bodies in the house, sleeping with the bodies for three nights.

Now, it just me. I have three children and I am just hoping that someone will help me so that they can go to school.

How are you coping?
I just have to deal with this situation now. It’s hard for me to live with it now but I just don’t know what to do.

What were your symptoms? How long did they last?
My skin was getting hot, and I was feeling weak. Pains in the stomach. It lasted three months. (A month before she began recovery.)

How did you come through?
I don’t really know, it was just God. I had no water, no food for three days. Then the people came. [She was assisted by Armed Forces of Liberia soldiers who were sent to clear out bodies of the dead. They brought her water, food, and medicine.]

What do you want people to know about?
Ebola is real. Ebola is here. I wish that it could go far away from us. But we have to follow the methods to prevent its spread – use the chlorine water to wash your hands every time you come in from being out. If you get sick, take the medicine and keep washing your hands so you don’t get others sick. Keep your place clean. They should take their medicine every day so that they can recover.

Do you know anybody who has Ebola now?
Yes, there are people in the area [in her town,Tubmanburg] who have Ebola. They [medical responders] have built an enclosed are in the community where they [Ebola patients] are being taken care of by medical staff from the hospital.

Please check your e-mail for a link to activate your account.
Donate!
Tweets by @SurvivorsTruths